Inline deflagration flame arrester approved for stabilized burning for specified time. For detection of a stabilized flame a PT100 temperature sensor mounted on the unprotected side is necessary!

When a stabilized flame is detected an action within 30 seconds (short time) has to be carried out which ensures a safe quenching of the flame. (E.g. inerting or stopping the gas flow) 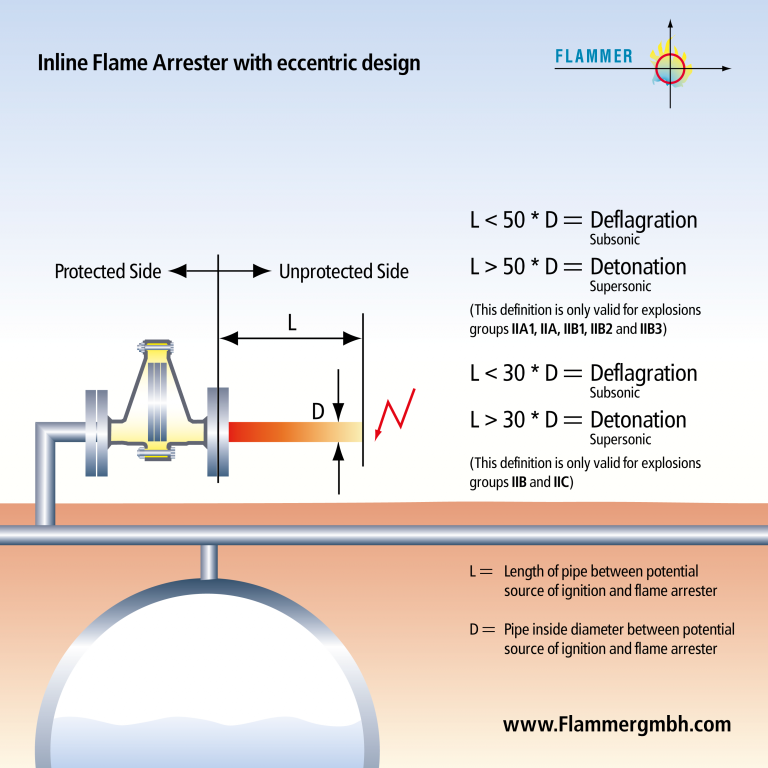 Inline deflagration flame arrester approved for stabilized burning for specified time is equipped with a PT100 temperature sensor mounted on the unprotected side. As soon temperature increase and stabilized flame is detected an action such as inerting or closing of a shut-off valve to block the vapor flow is necessary. This action should start within 30 seconds (short time burning) and extinguish the flame so that the system can operate safely. Inline deflagration flame arrester approved for short time burning are also approved for atmospheric deflagration. 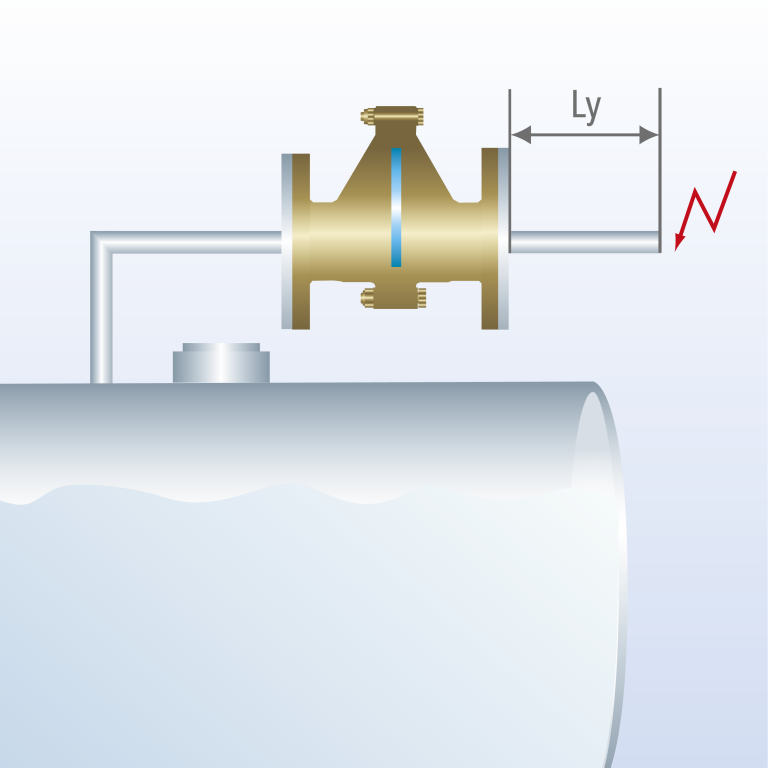 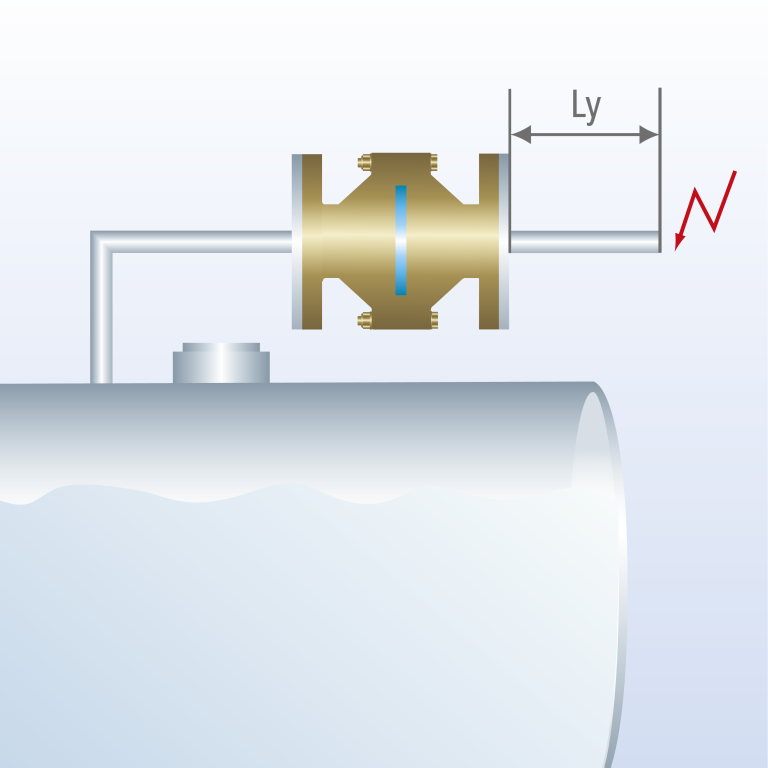 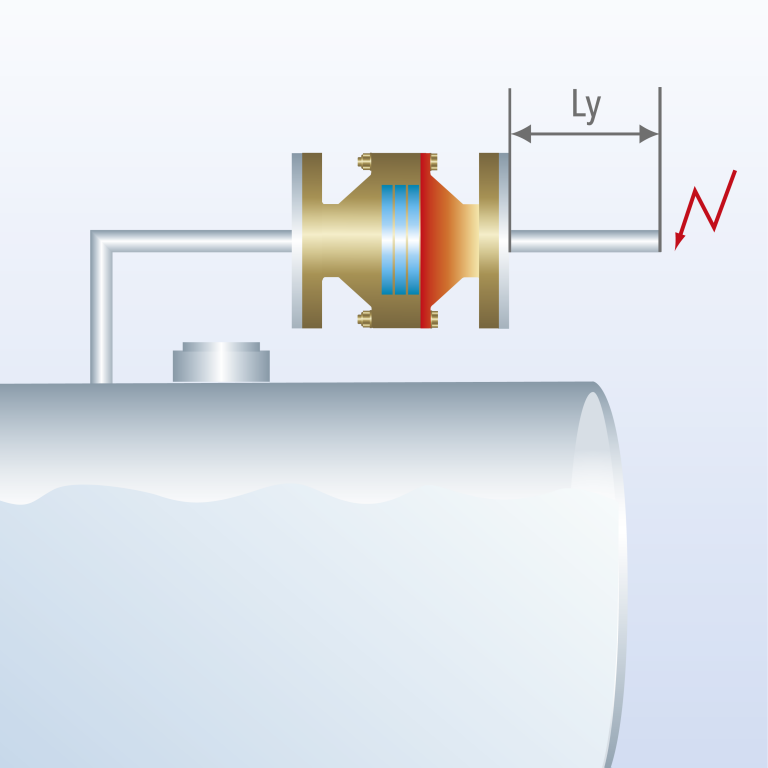